The Cluzion Club began in 2003 in Lancasters Restaurant, Bishops Stortford with special events at the Rhodes Arts Centre and then relocated to the Plough and Fleece, Horningsea, Cambridge CB25 9JG in 2009. In 2015, Cluzion became a founding partner in the Cambridge based Strummers (music with a social conscience) Club creating a wide range of gigs at the CB2 Basement Club and the Golden Hind in Cambridge.

Cluzion Music has been involved in promoting a wide range of arts events including the Green Gathering, Woodworks Festival, Stortford Music Festival, National Trust Woodfest at Hatfield Forest and Greenstage, the community arts green spaces stage specialist with its annual showcase 3 day free festival that ran from 2009 to 2015 at the Plough and Fleece Community pub.

Cluzion Music works in partnership with Realife Trust, a community development agency and registered charity based in Bishops Stortford and was founded by Shakatak guitar maestro Keith Winter and Tony Phillips, Director of Realife, in 2002 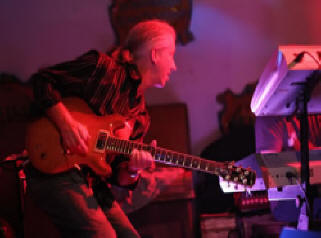 Get in touch at cluzionmusic@live.co.uk